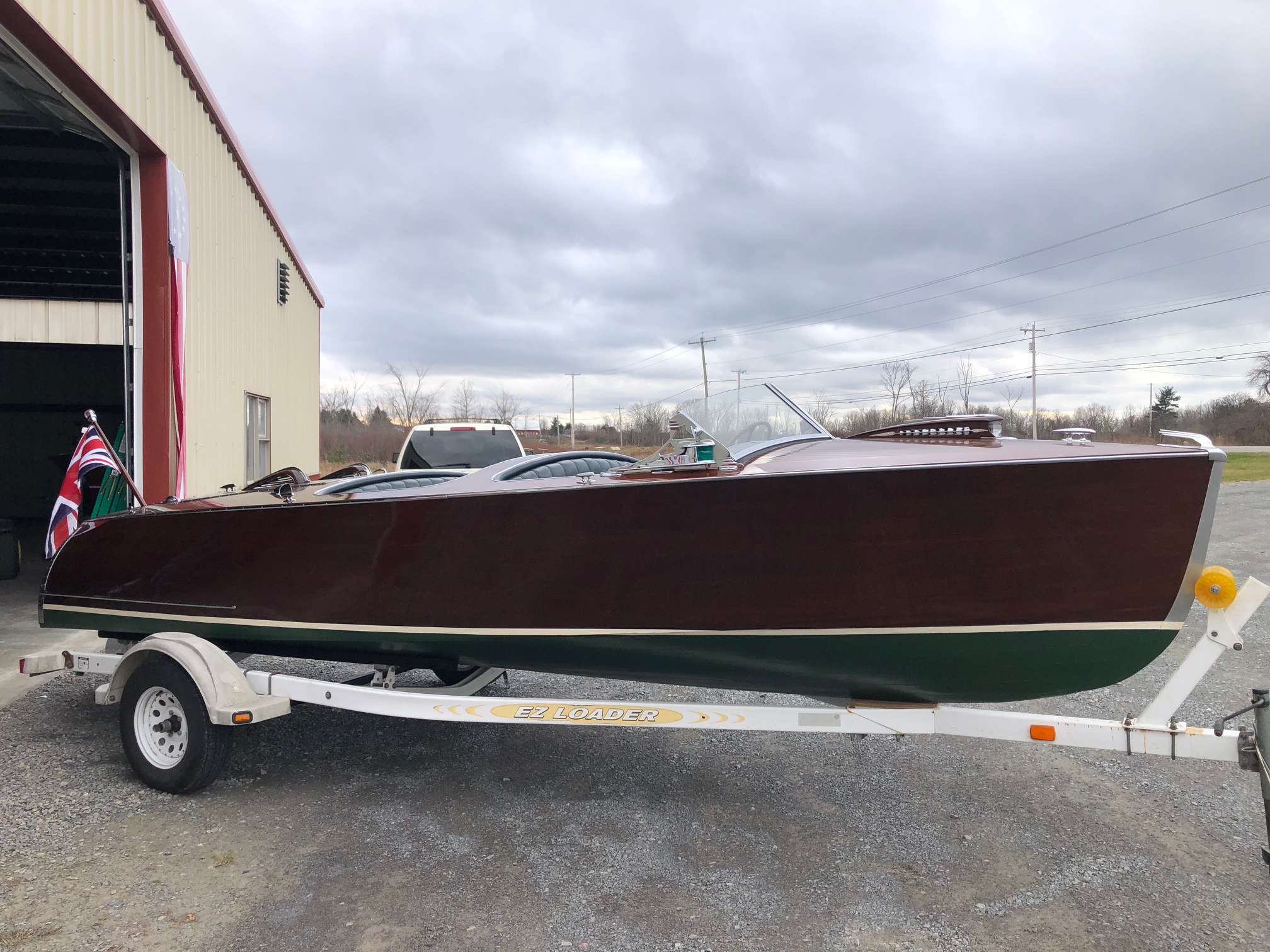 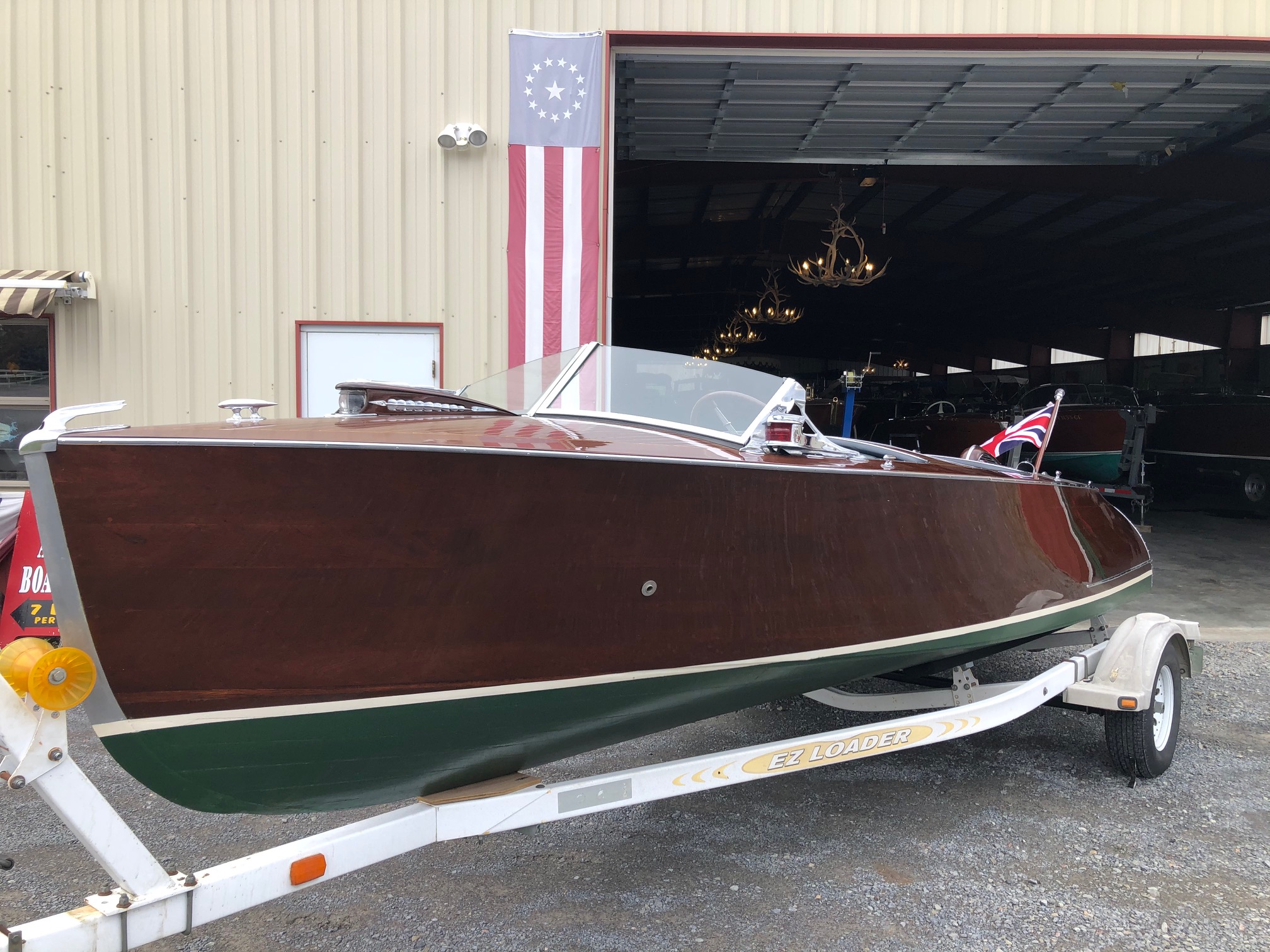 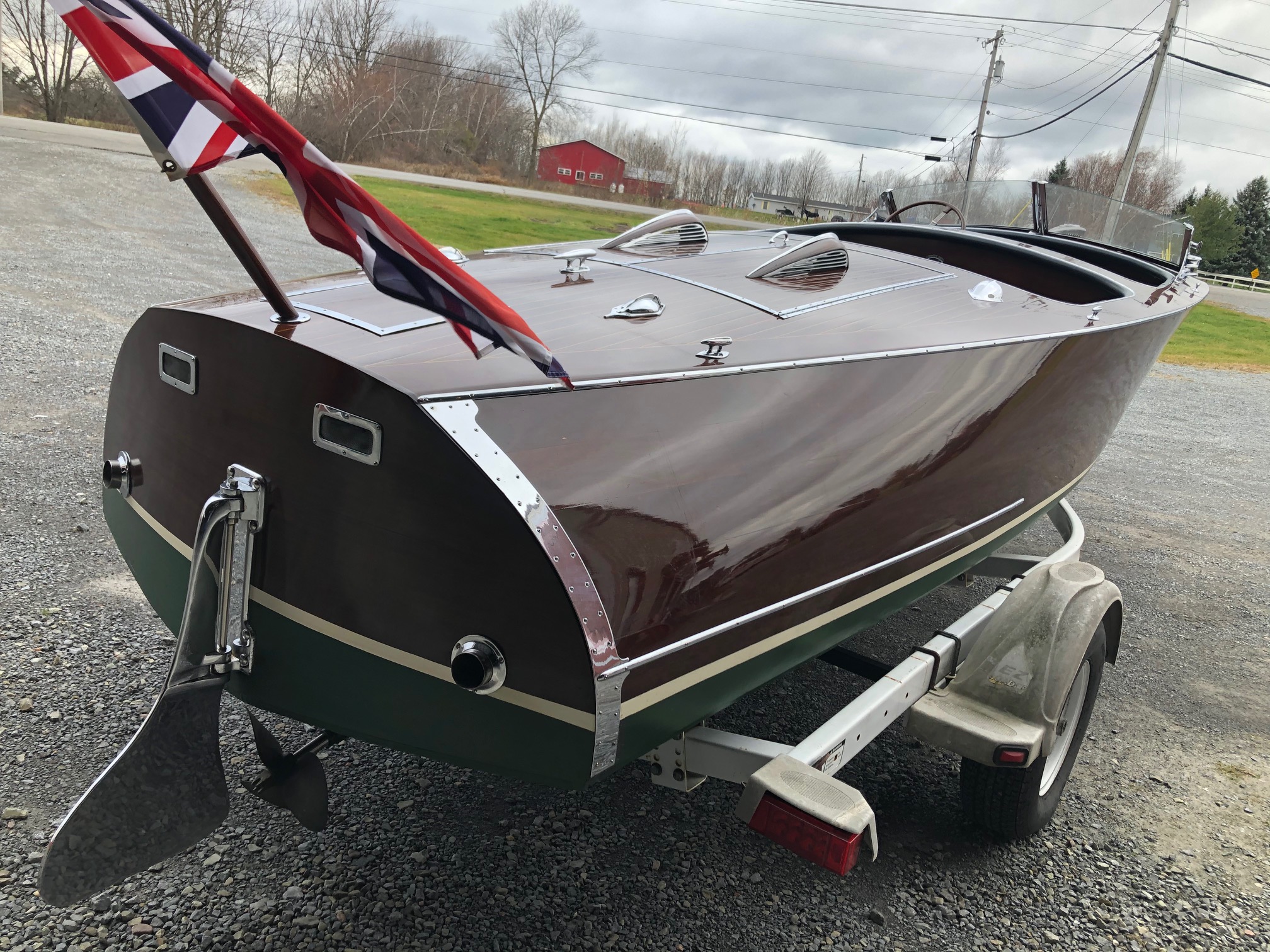 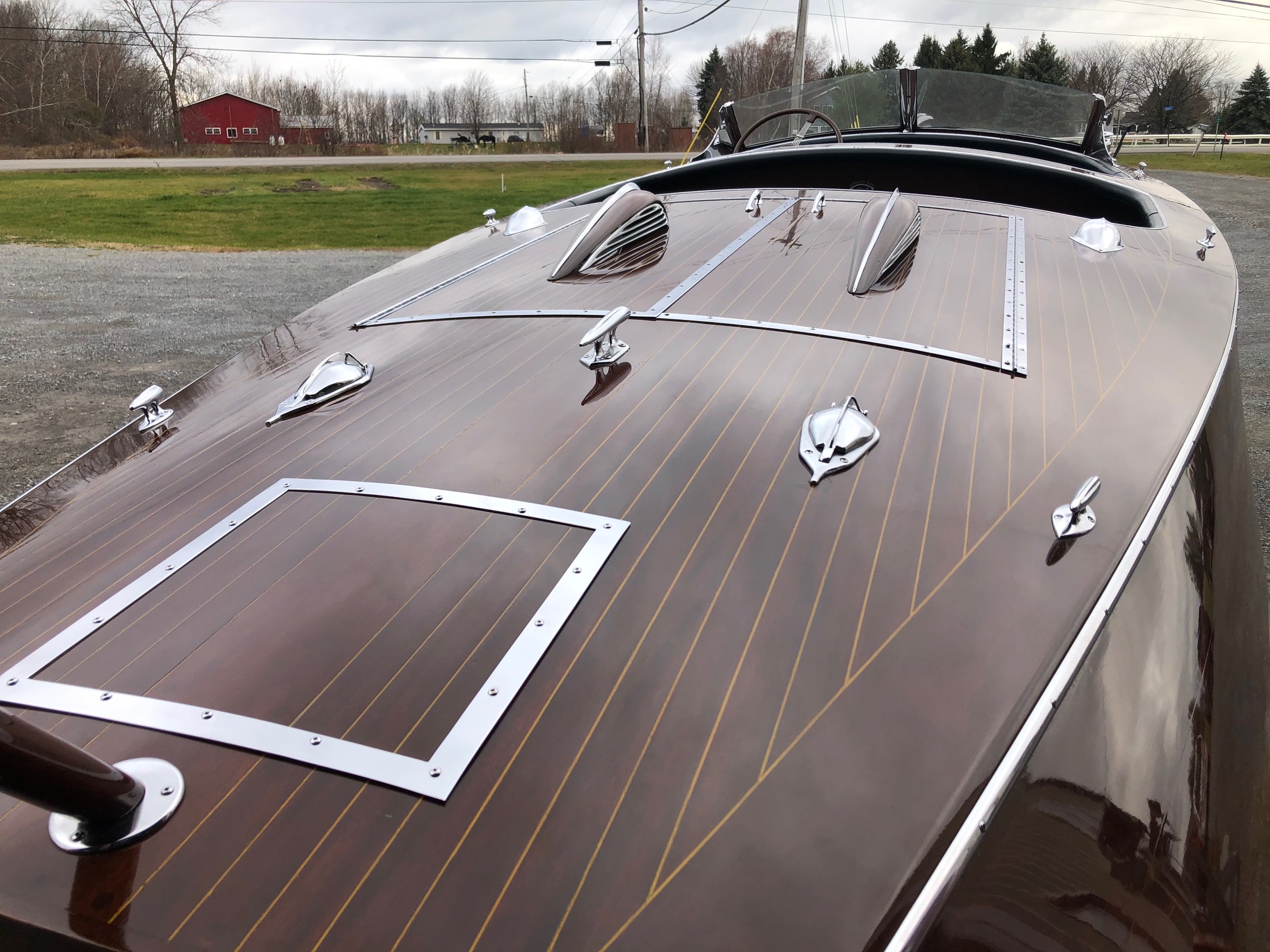 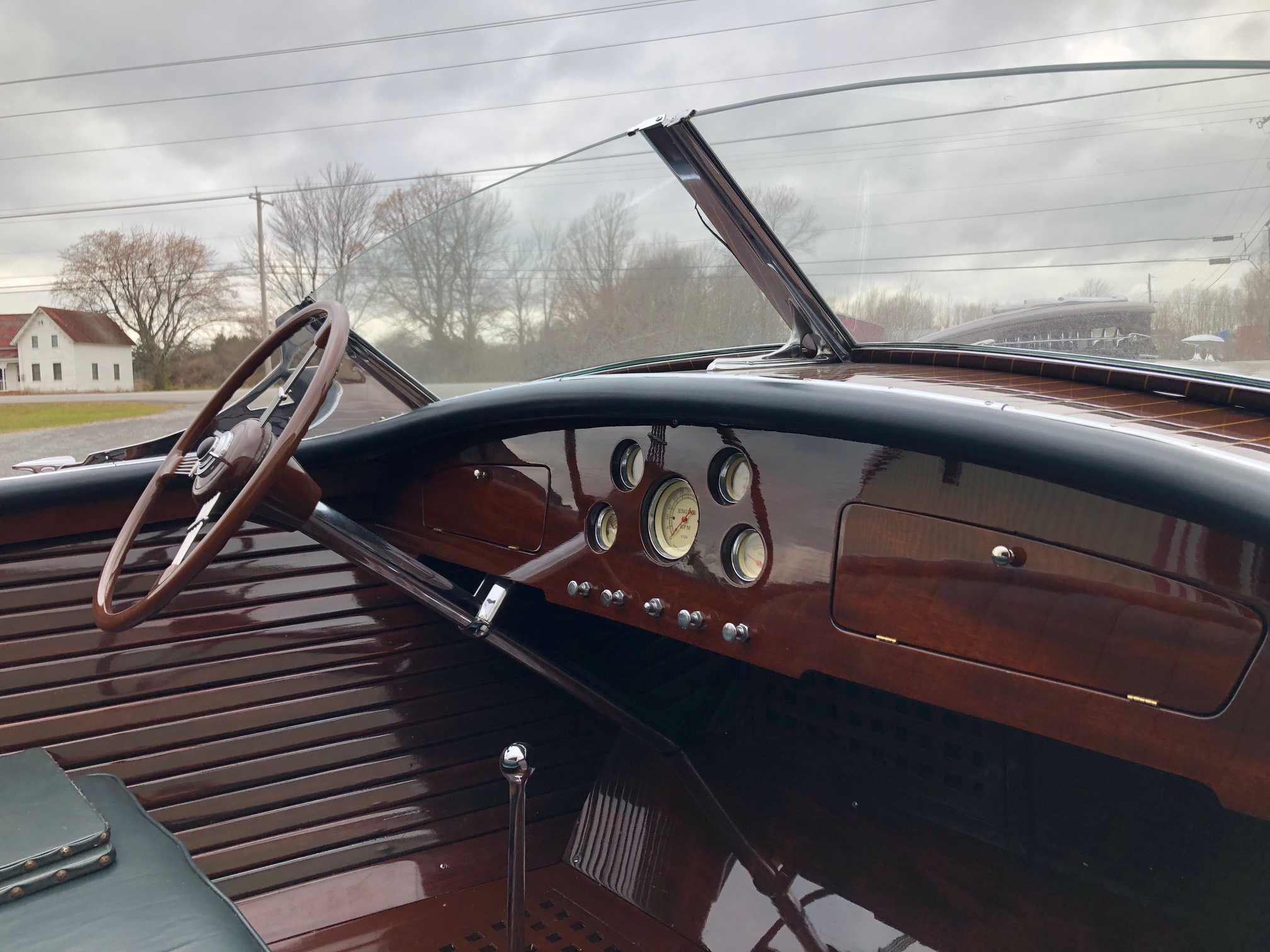 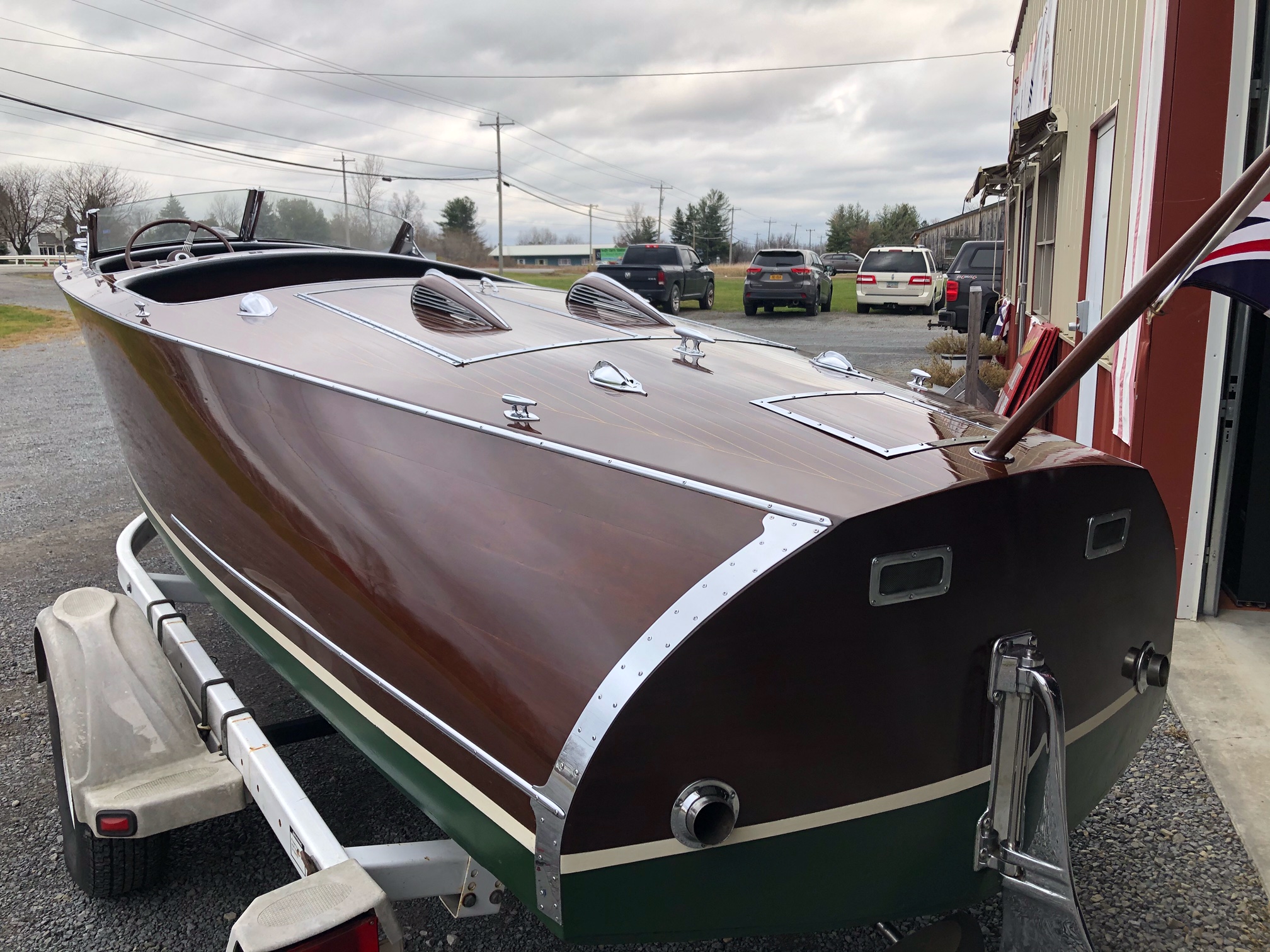 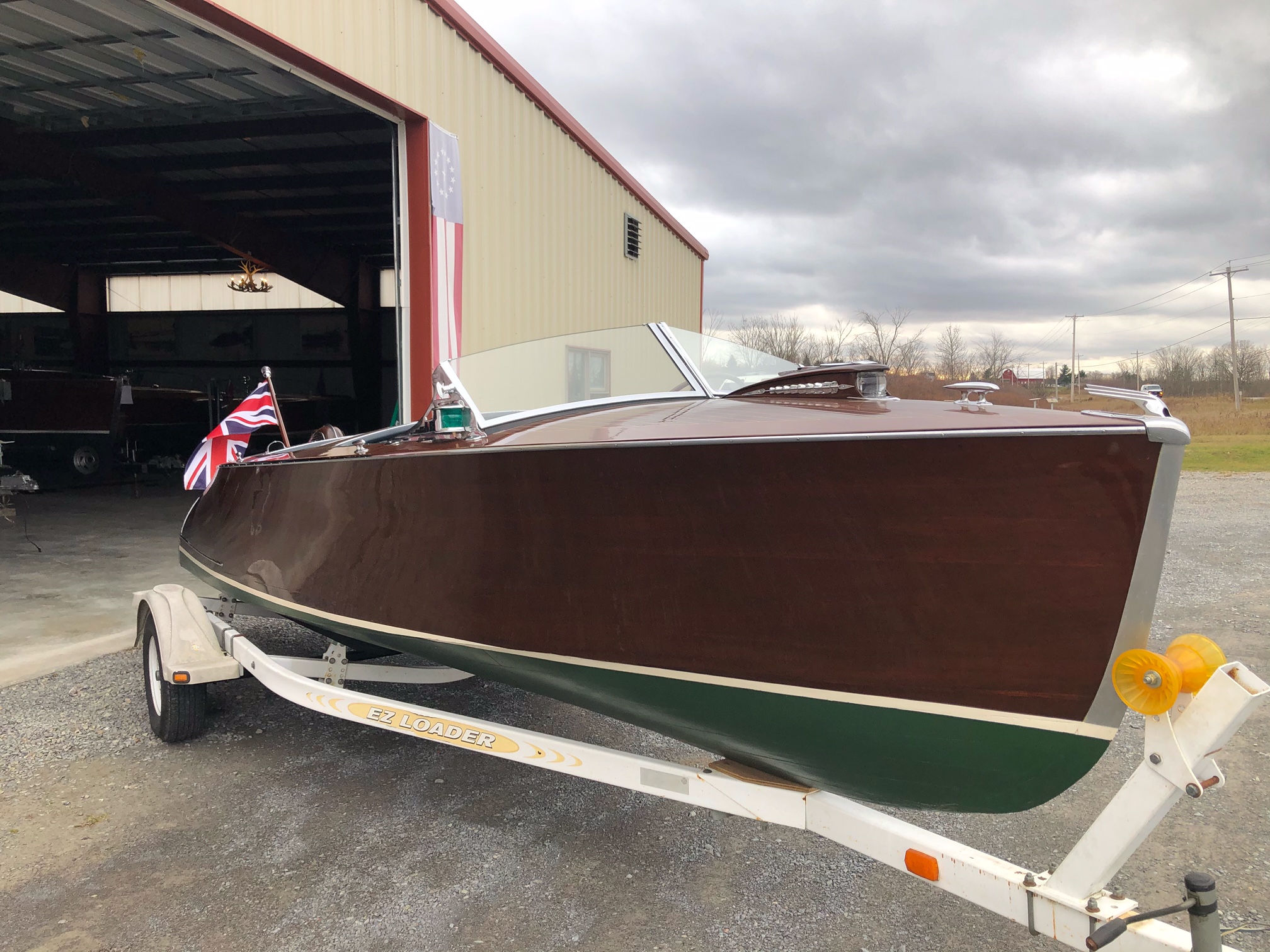 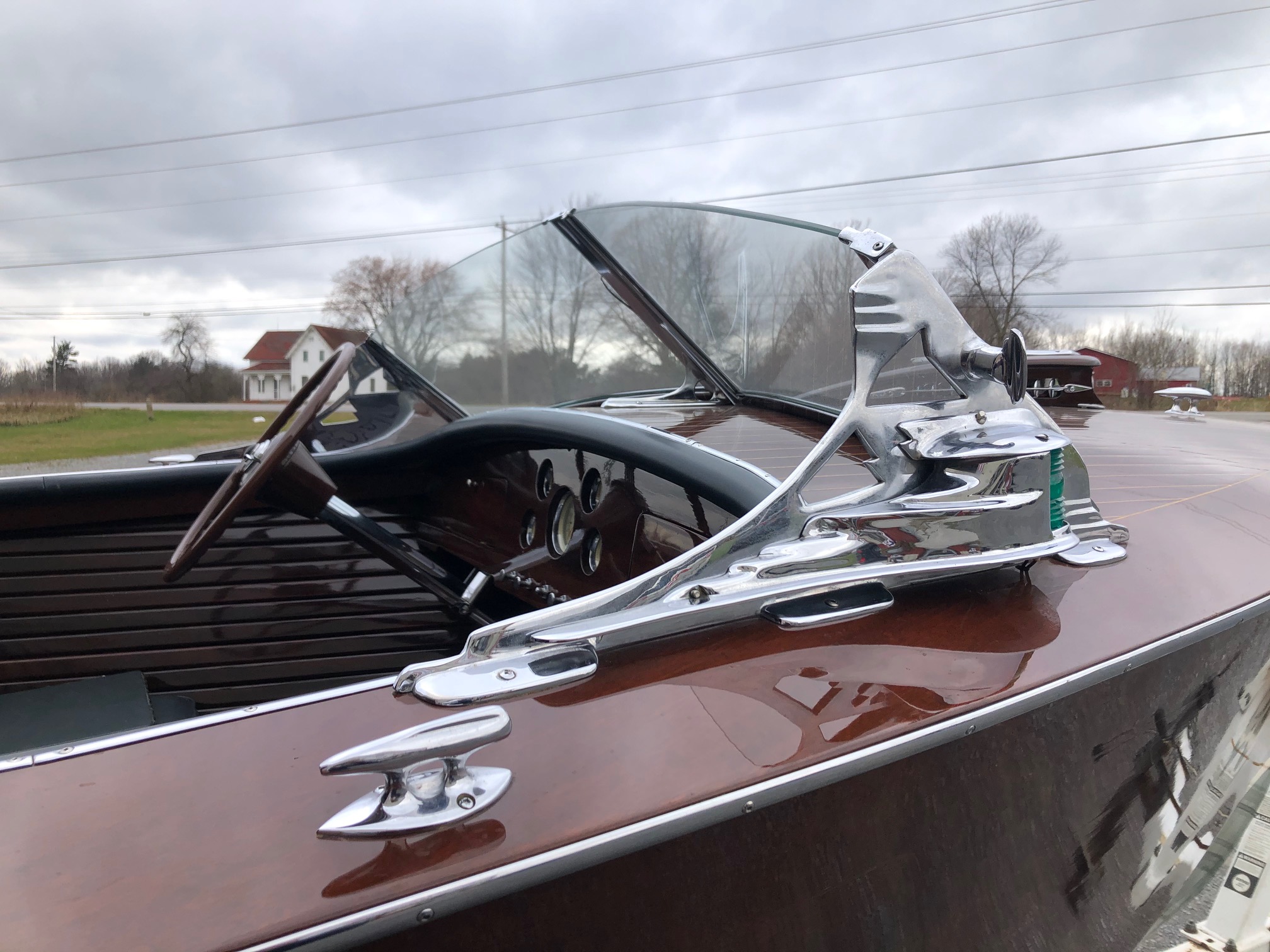 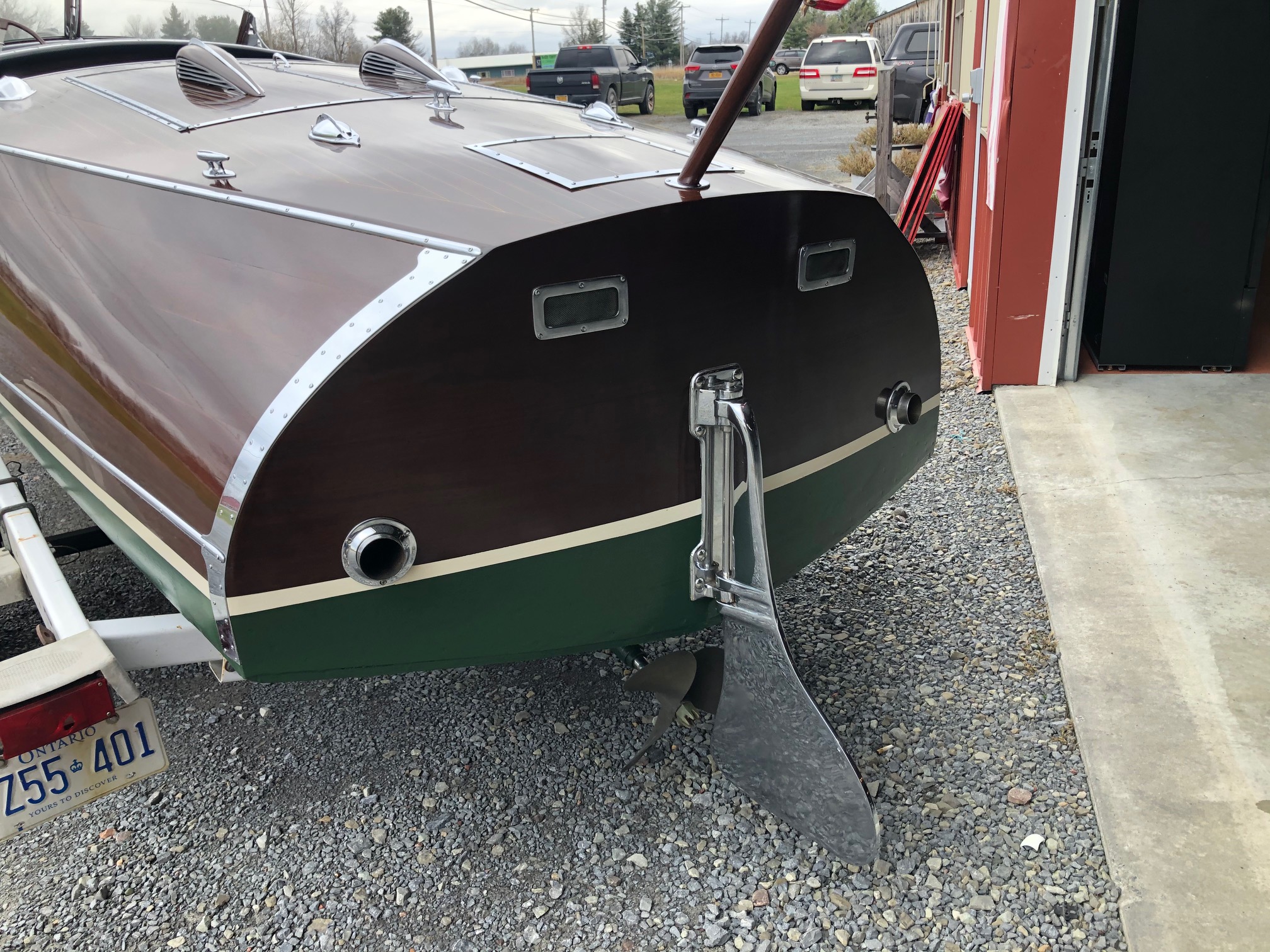 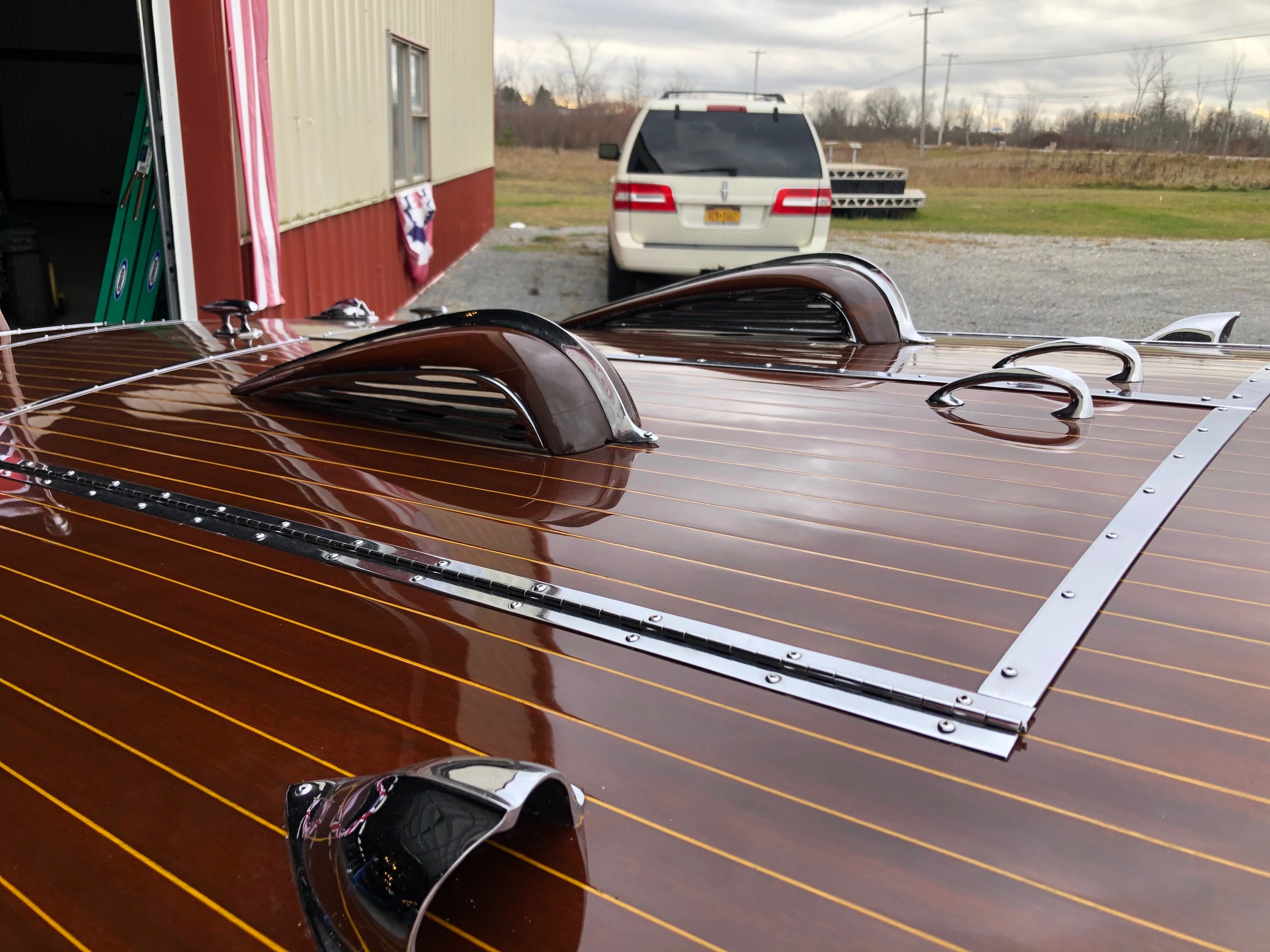 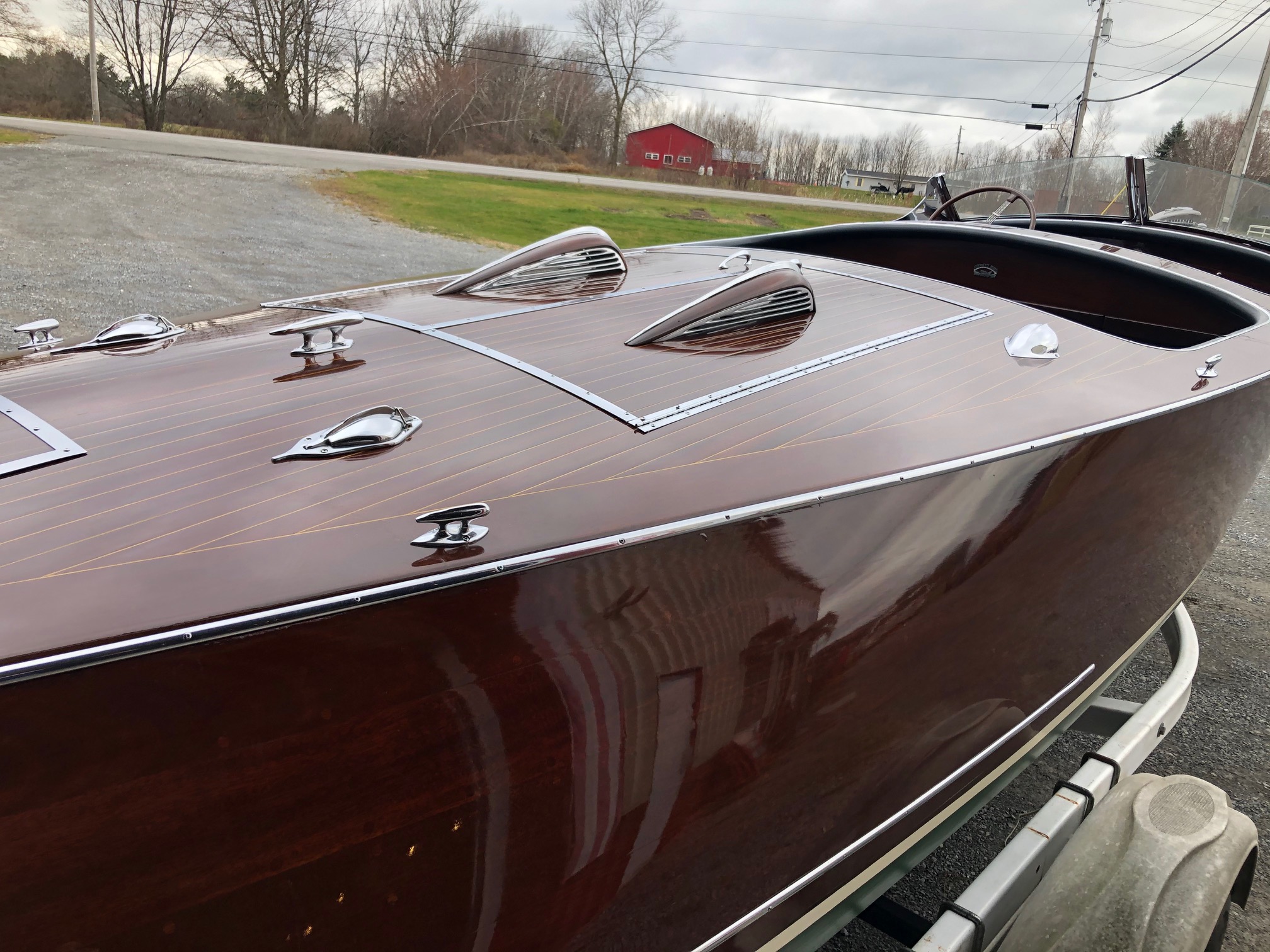 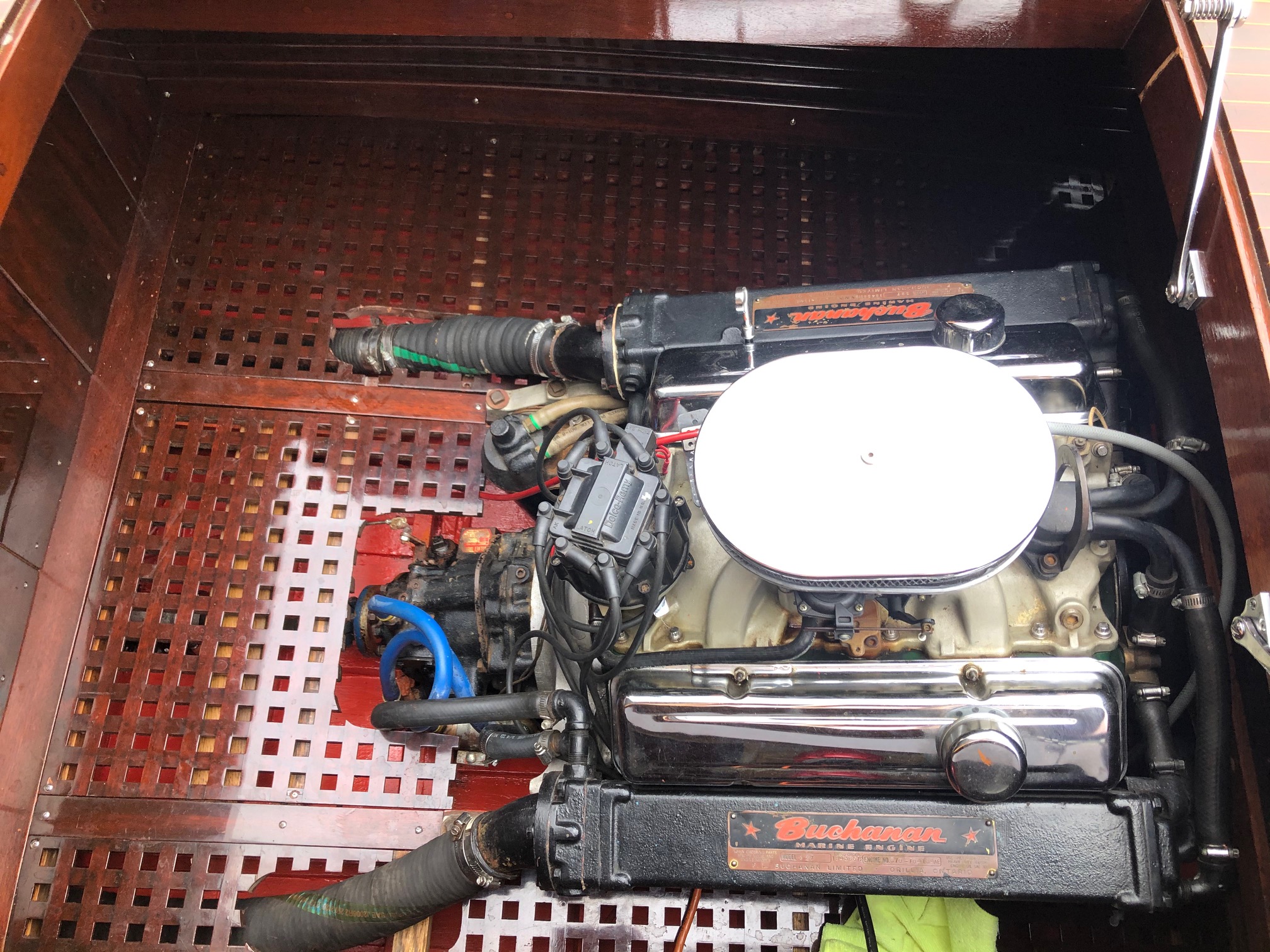 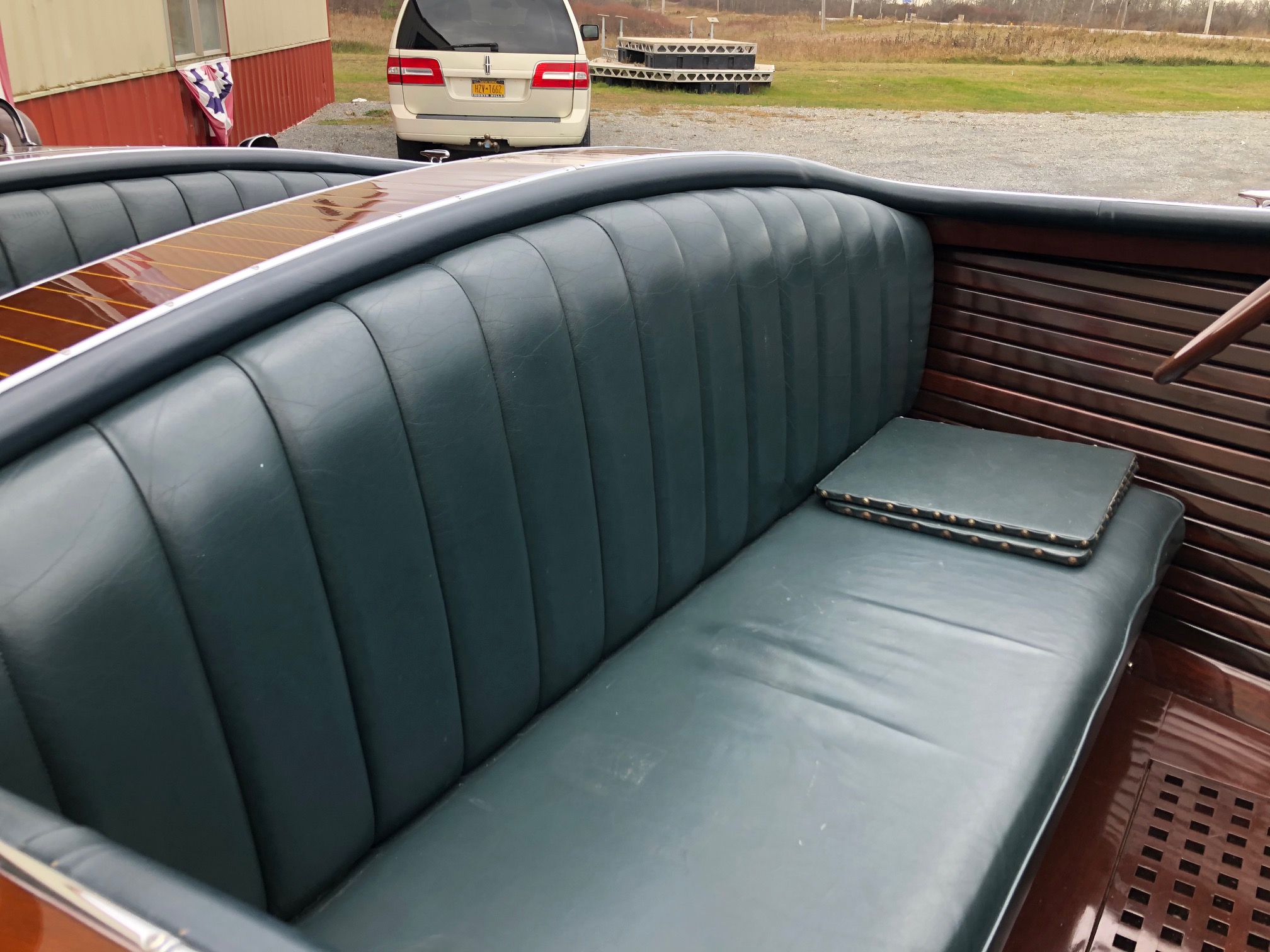 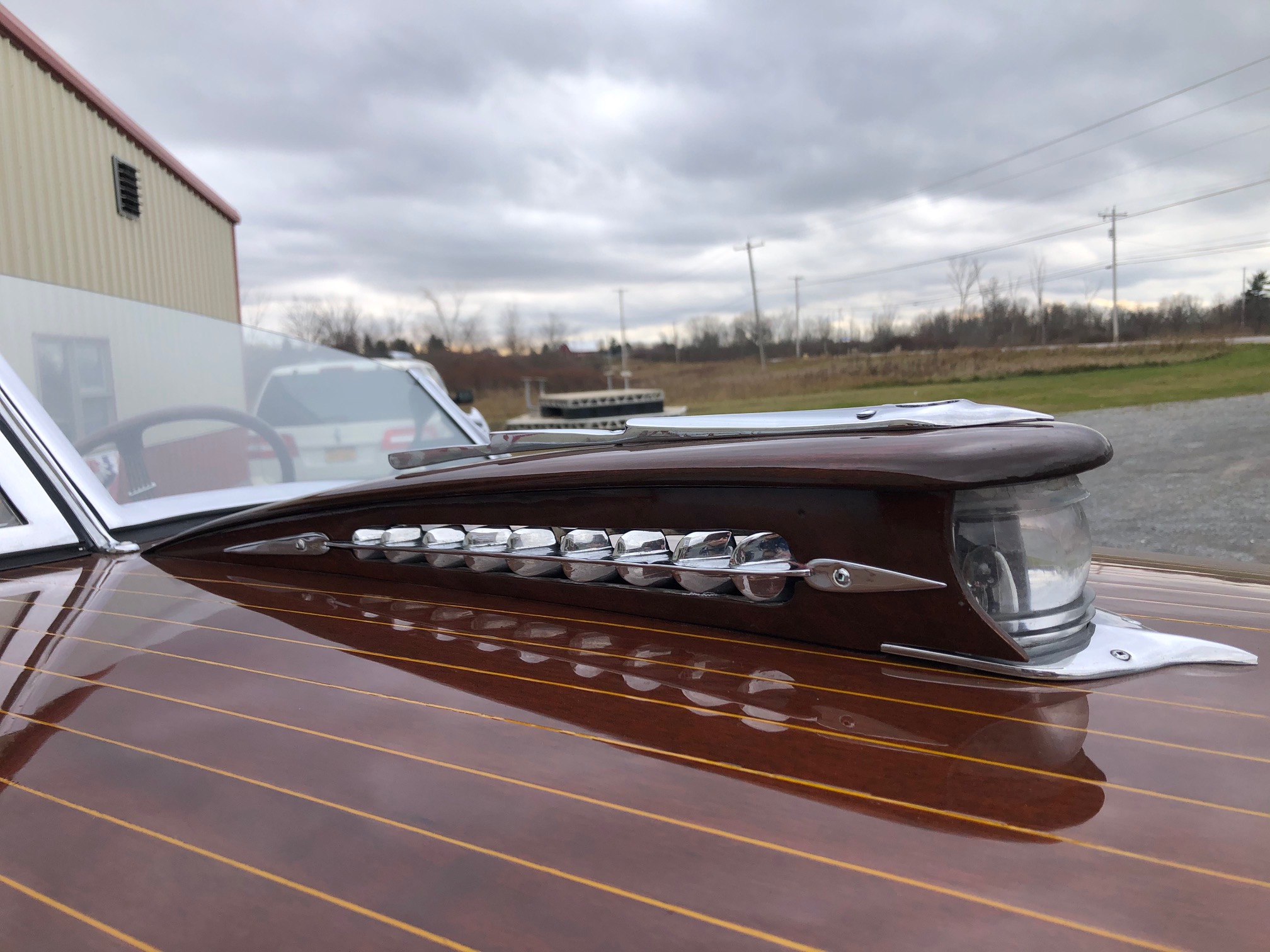 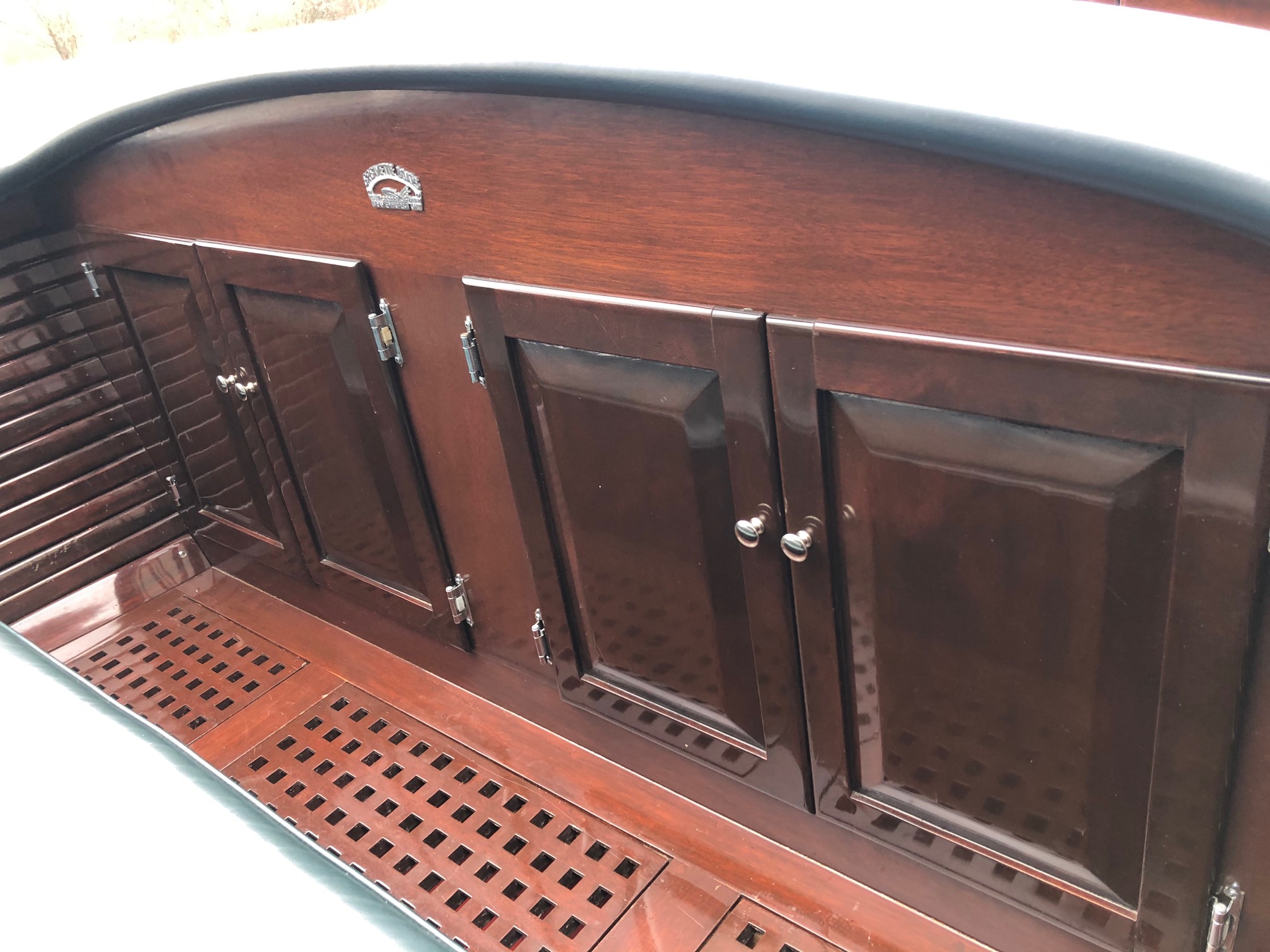 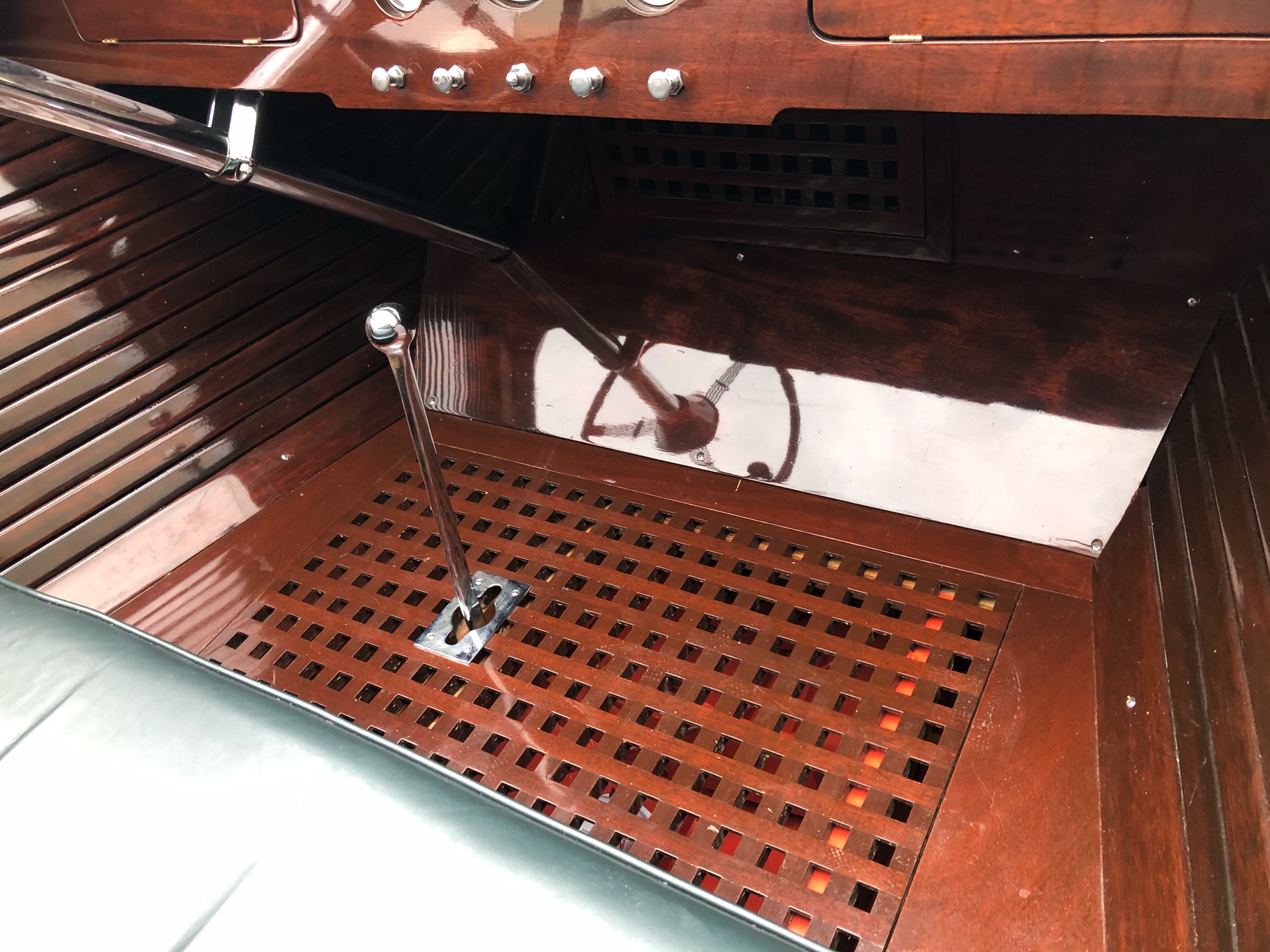 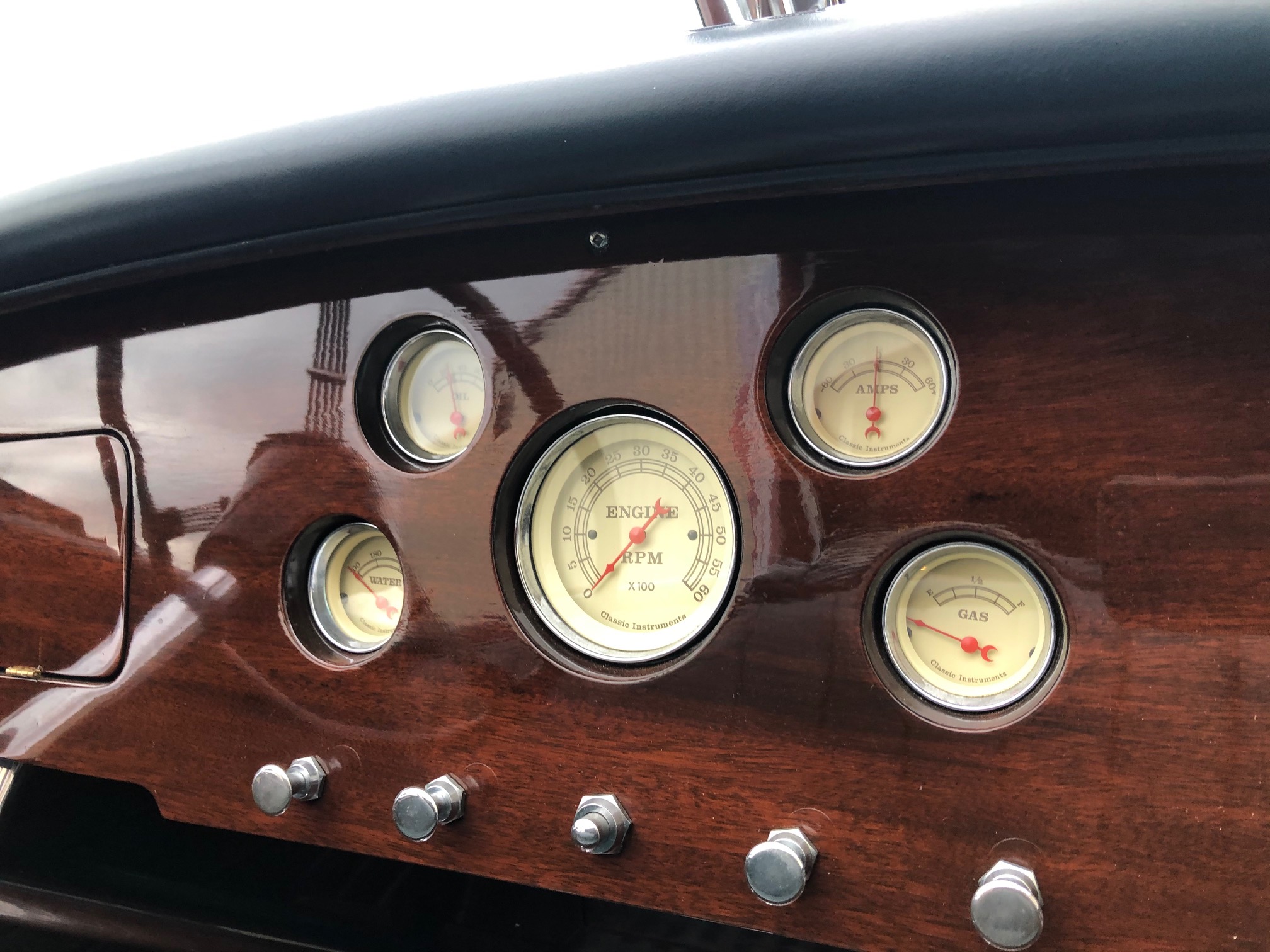 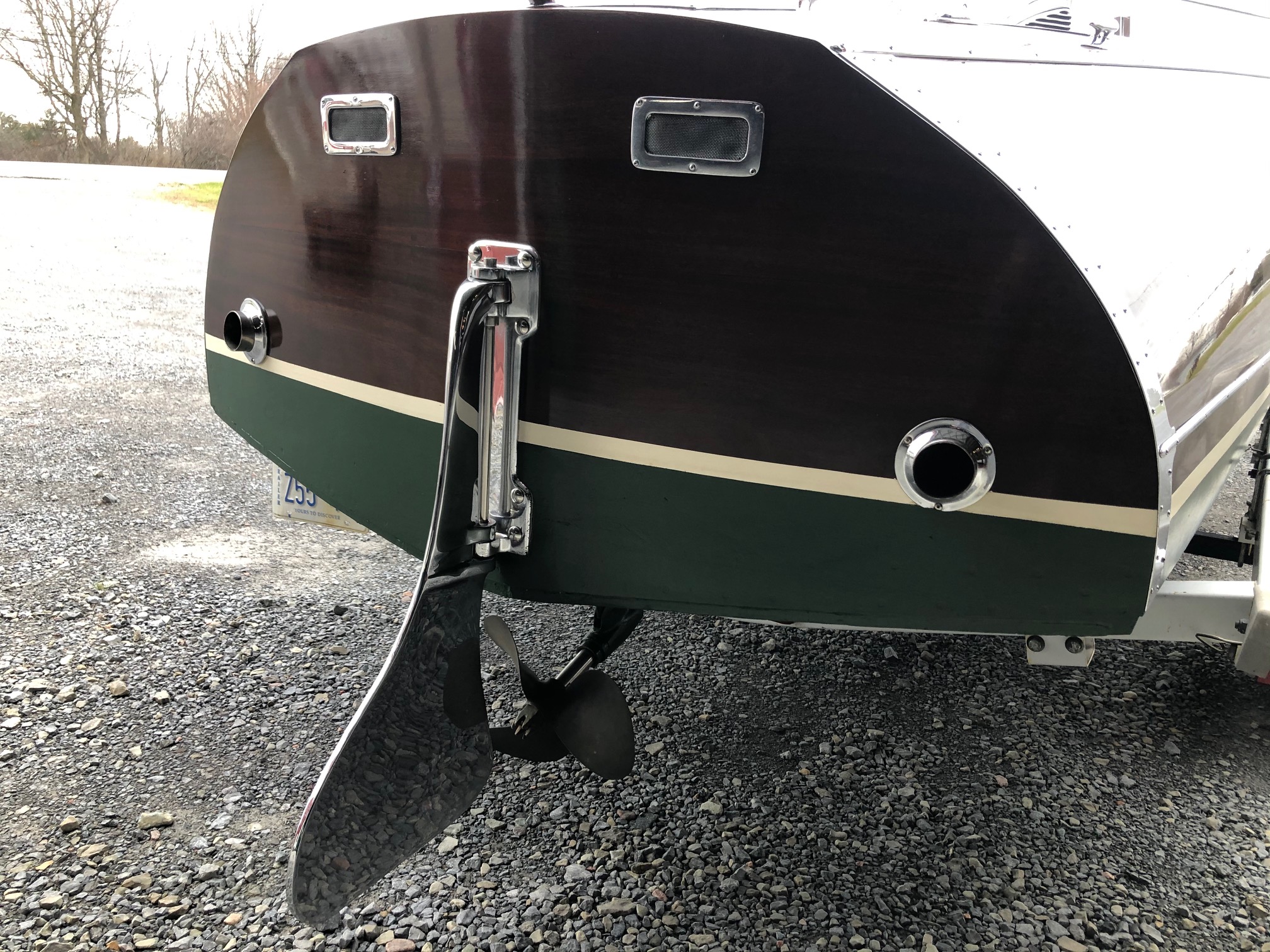 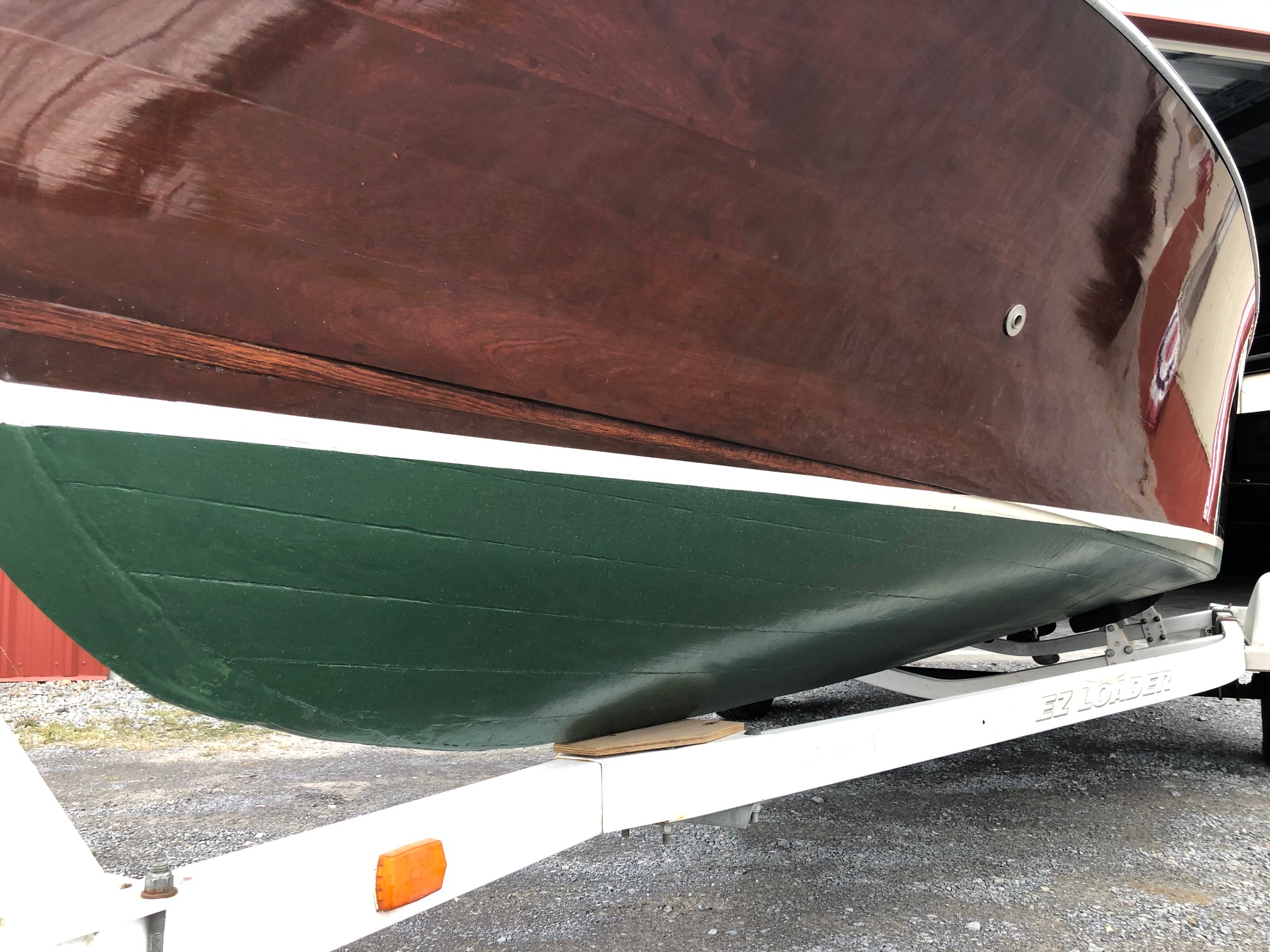 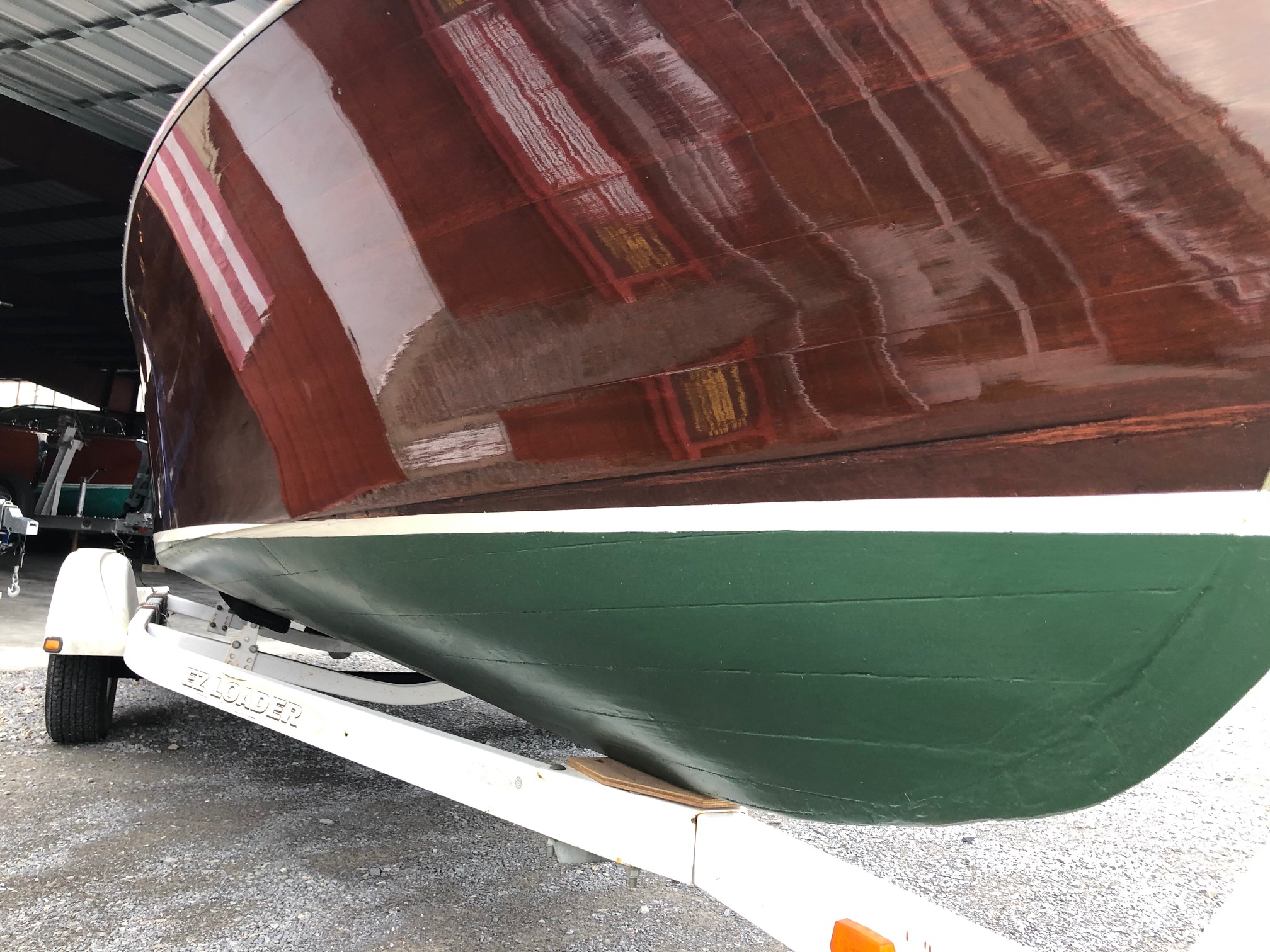 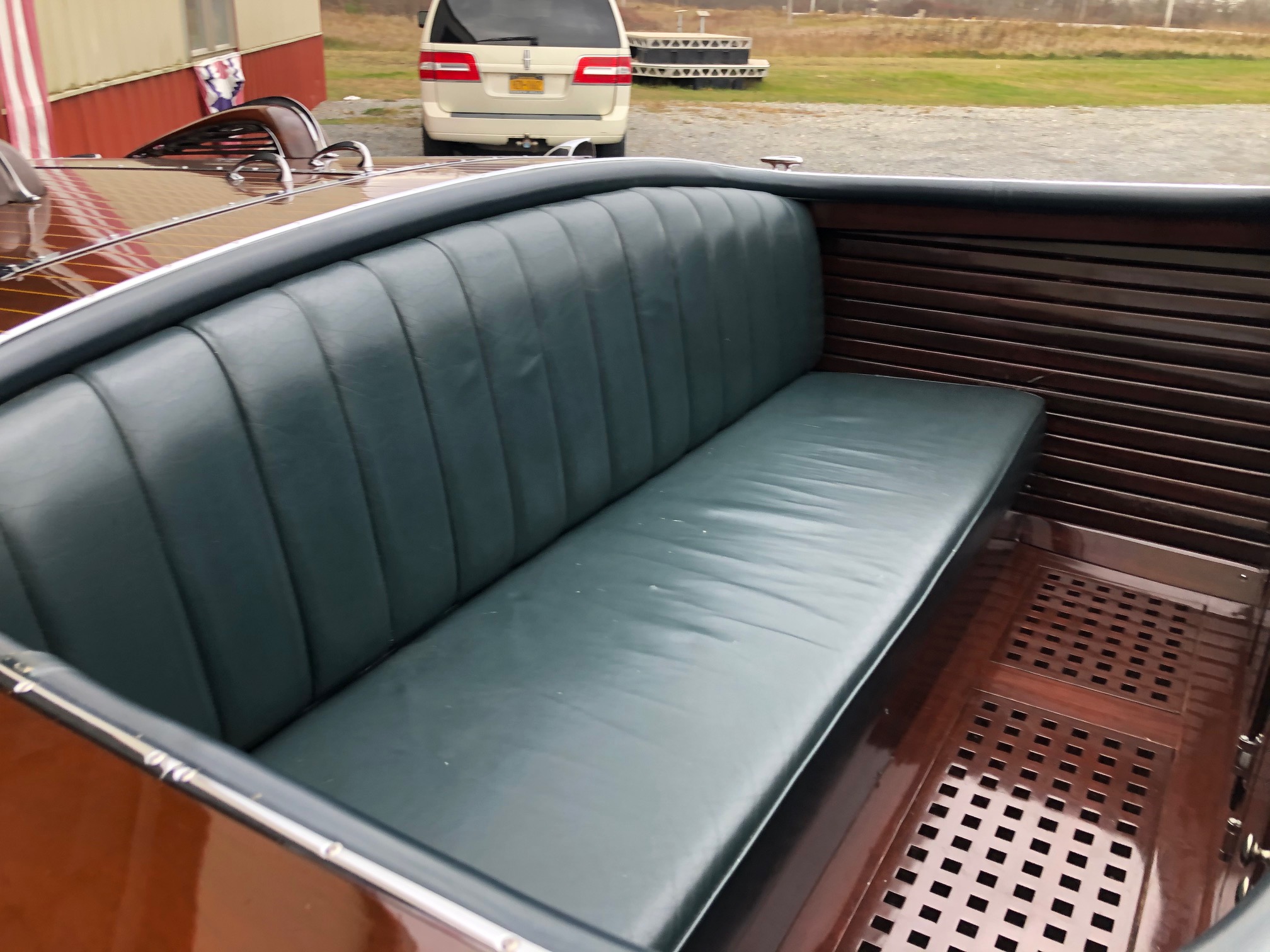 Learn how the process works (FAQ)

A spectacular example of the craftsmanship by Greavette Boatworks of Muskoka, Ontario; this "Special" 21.5 ' Runabout was built for Col. Moody, Vice President of Greavette Boats in 1936. She was one of only 6 hulls produced in this length. The uniqueness of this particular boat was that it was the only example with covered decks from the rear seat aft and was given "fancy upgrade" consisting of a custom windshield, steering wheel, instrument cluster and hardware. This rendition was named a "Custom", whereas all of the others were "Utility" hulls with an open rear cockpit and a motor box and standard hardware, basic instrument gauges and steering wheel. The boat was originally named "Rob Roy" after the Moody's two sons, Rob and Roy. Mr. Bruce Wilson, subsequent owner of Greavette Boats, acquired Rob Roy in the 1960's, replaced the original bottom and re-powered the boat with the current Chevrolet "327"cu.in. V8 engine. Rob Roy was purchased by Mr. R.E. McDermott, Port Carling ,ON , where it was boat housed at his summer cottage near Mortimer's Point, ON. The boat has been under the stewardship of her current owner since July of 1978. She was comprehensively restored in 1982-1983 with new decks, engine hatches, interior, dash, upholstery, floors, wiring, gauges, complete varnish and re-chrome and the boat was re-named "AliCat" after his daughter "Ali" and wife "Cathy". During the Fall of 2016 the "AliCat" underwent a refresh where she received a complete new transom and re-varnish of the decks and sides. Fully detailed and enjoyed during the 2021 season, then laid up for storage. She is in exceptional condition today and perfect example of a collectable, Canadian built classic! Ready to go!

People who viewed this boat also found these interesting